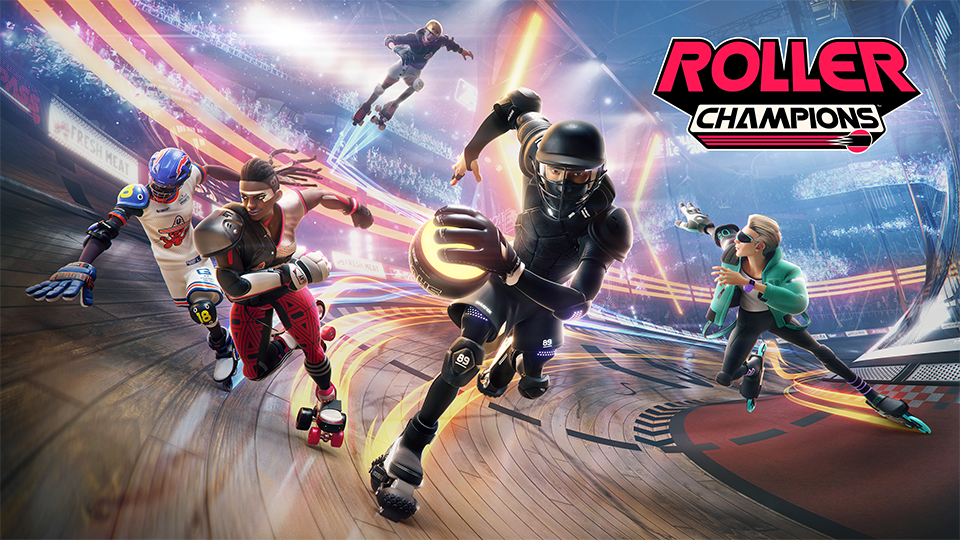 Roller Champions’ giant arenas and breakneck speed might look dizzying at first, but jumping into a game is easy and fun – although you’ll need to practice to become a true champion. Fortunately for all would be champions, you can start sharpening your tackling skills right now with the E3 demo, available now on PC via Uplay until June 14.

In Roller Champions, you and two teammates will face off against another team of three in oval-shaped arenas around the globe. The first team to five points wins but racking up points isn’t as straightforward as putting a ball through a hoop. Your team will need to race around the track to score, but each consecutive lap you complete while possessing the ball adds points to your overall shot. One lap means one point, two laps nets you three points, and three laps makes your shot worth five points for an instant win. Getting in a three-lap run, however, is not easy.

Momentum is the key to your success in Roller Champions. Shooting, tackling, passing, and dodging are all affected by your speed, and you’ll want to maintain high speeds for as long as possible. To do this, you’ve got to learn to use the environment to your advantage. Each arena is built like a long, elliptical halfpipe, with high walls on either side. Learning how to navigate these walls, what angle to approach them at for maximum height, when to crouch to optimize speed, and when to use jumps to your advantage are all key factors in building and maintaining speed. Get knocked down by an opposing player at top speed, and you’ll have to work to regain momentum and get back into the game. If you find yourself up against a particularly aggressive team, you’ll need to learn how to effectively evade their charges, or expect to spend a lot of time picking yourself up off of the arena floor. 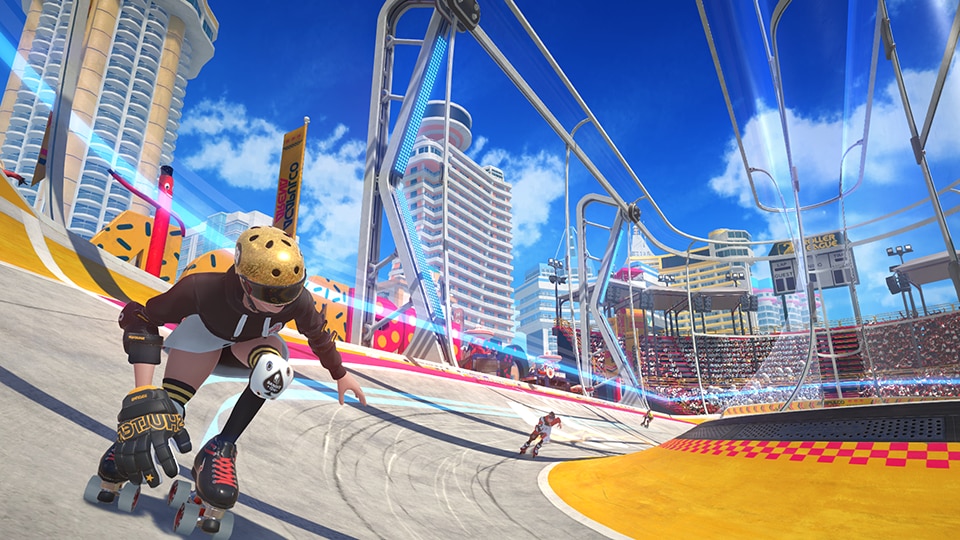 Offensively, you’ll need to work together and strategize with your team on the fly. Deciding whether to aim for longer runs and build up points, or cash in a single-lap, single-point strategy offers teams some strategic flexibility. Depending on the team you’re up against, switching strategies mid-match may be your ticket to victory.

Dodging around opponents is totally viable, but your goal is really to move the ball around the arena as fast as possible, so a long pass is often the best course. Given the chaos that’s often happening in the arena, it’s easy to lose track of teammates or the ball, but signaling your co-champions to let them know you’re open and ready for a pass helps to whittle down distances and time between laps. Playing offensively means outmaneuvering your opponents to put yourself in an open position. Conversely, you can elect one, or both, of your teammates to go full bruiser and clear a path for you to run the ball around the arena, if you’re fast enough.

Rising through the ranks

While not shown extensively during the E3 demo, another interesting facet of Roller Champions is the power your fanbase has. Essentially, your fans act as XP, and as you win games, you’ll win more fans. This means that while you may start in a small beachside arena, you’ll eventually find yourself playing in major arenas around the world, to crowds of screaming fans. Your growing fanbase will help you unlock new gear, outfits, and customization items to help ensure that your champion looks great every time you skate into the ring. 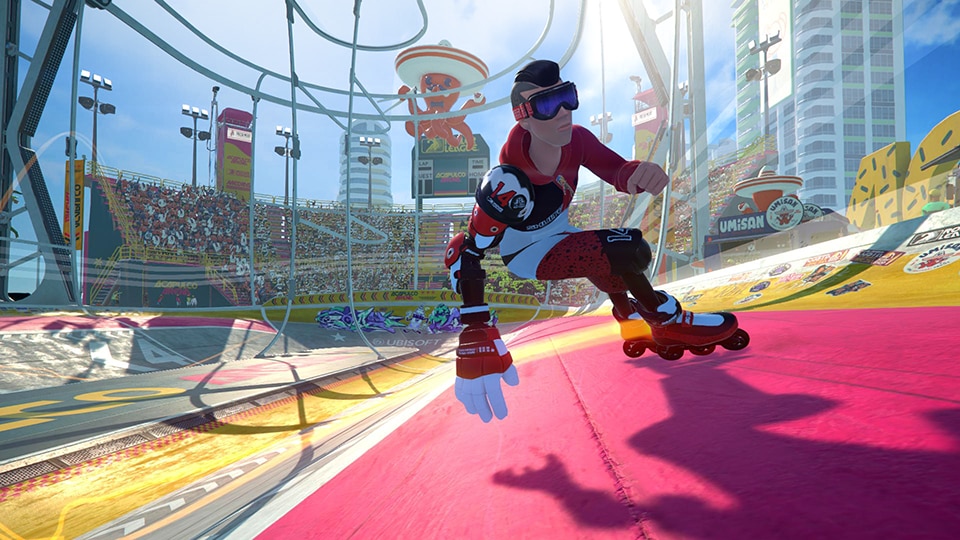